It really doesn’t feel like a year since I started writing the Best of lists for 2009, but that time has arrived. There have been plenty of good albums but in our hearts, very few have been elevated to classic status. Instead of the usual critic’s lists who are each trying to out scene each other, I have tried to reflect the DiR.net’s team listening habits, detailing what we like to listen to, rather than what’s cool to listen to. Free from any prejudices, it is now time to run down the albums which have rocked our collective socks in 2010…let the countdown begin!

AcDc were busy touring this year, so winners of Australian Hard Rock album of 2010 goes to their sound-a-like’s Airbourne for their hit packed sophomore album.

London based hard rockers live up to the expectation and deliver a fiery collection of stratospheric rock, thumping guitars and killer hooks.

The king of guitar returns with a more relaxed feel to his latest LP. It is crowded with inventive guitar brilliance with his distinctive melody first approach, and incredible emotive string bends. A high standard throughout makes this a vast improvement on his last LP.

Guitar virtuoso Paul Gilbert shows off his melodic side on his latest release which is packed with instrumental glory, super shredding and genius composition.

The worlds most recognised guitarist enlisted his friends and came up with a great collection of singles, but collectively the album varies to wildly to enter into our top 20.

On one hand the Deftones are breaking new ground taking alt-metal noise to massive critical acclaim, while lying low on the other is Far, a more pop-centric, accessible offering who have crafted a thumping album of big emotion and thudding alt-rock. Far’s return is triumphant and damn impressive as warped guitar effects plough a hugely melodic shaped hole into their truly huge bass licks, all backed with Jonah Matrangah‘s slickly produced vocals provide the lyrical clout. The mood is generally a dark cloud, but when the thunder strikes it’s when they are at their best. Slow building atmospheric guitars and skyward floating vocals are mixed in with more riff hungry tracks create a superbly balanced record.

This album has split the doesitrock.net crew down the middle (review), but it has still made the top albums list by the skin of its teeth. The high points on the album are undeniably catchy if somewhat idiosyncratic, but then this is what Weezer do best of late. Plenty of cracking pop tunes and songs about little or nothing, line the somewhat oddly titled Hurley. With their 2nd B-Sides collection release this year (Death To False Metal) also being a corking album, far greater than the sum of its parts, Weezer have clearly turned a corner and are running back with Linford like speed!

The backlash against this release was swift and rather unfair in my opinion. Sure Against Me! may have sold out to the majors and gone all pop leaving their trail of destruction sniggering at what they have become. But taken on its merits (that’s pop-rock), this is a heavyweight ready to take on all comers and most probably win! Writing anthemic rock songs more akin to Springsteen than the Dropkicks, are their staple, and they do this incredibly well. Always full of heart and sung with conviction though road worn vocal chords White Crosses is jammed with superb, quality upbeat rock and roll songs with a (somewhat diluted) punk heart.

These Las Vegas, roadrunner backed heavy metal rockers have managed to create an 80’s influenced set of hard rock packed with immense riffs and towering melodies.  Each track kick starts with a blistering guitar lick which takes hold and doesn’t let go. Vocals are stadium sized and perfectly compliment each athemic chorus.  If you appreciate glammed up metal, a good guitar workout and a rock and roll swagger, Time To Burn is your answer.

Somehow this album has missed the mainstream, the radio and seemingly everyone’s attention which is absolutely criminal. Lost is a superbly crafted album which showcases what can be achieved if euro-electro pop is done properly. With driving guitars and spiralling electro beats providing the atmospheric backdrop it’s the synths hooks and warm vocals which take centre stage. Literally littered with cracking little pop tunes to rival the big guns, it’s time a little light was shone on this underappreciated band.

15) The Pineapple Thief – Someone Here Is Missing

Prog is so often seen as the joys of the middle aged man, or those with long beards who re=un the local war re-enactment society. The Pineapple Thief’s latest album is out to change this, as they seamlessly meld electro beats, cruising guitars and haunting vocals into a  brilliantly flowing album. With few overindulgent guitar solo’s and extended jams, most songs are highly catchy and full of understated beauty. Variety is key here, with tracks featuring dreamy acoustics, bold electro-rock explosions, fleeting ambient melodies, melancholic vocals and noisy guitars outbursts. This is one to listen end-to-end in a world dominated by the shuffle button.

Hard Rock has seen a good year with plenty of great releases. The Sword sit atop of this tree proudly with Warp Riders, a sci-fi epic of stellar proportions. This album is about as riff hungry as they come with wall to wall guitars and pounding bass. The adept classic rock soloing shows outstanding ability and a raft of ingenious melodies. It sways to the borders of Prog rock but before tipping over, a thundering power chord is on hand to rescue it. A thumping collection of Hard Rock, played by southern rock’s shining light of 2010.

Listening to Burning Down Your House, transports you back to the 50’s and the bar room blues of Jerry Lee Lewis and Little Richard. The Jim Jones Revue have rolled back the clocks and ignored the past 60 years of musical development, playing fully cranked, high octane, scuzzed up blues bonanza. There really isn’t that much here in terms of musicality, but when music sounds this fun it’s hard to ignore. Big bluesy shuffles and bolstered piano tinkling sung by a crazed MC is instantly alluring, addictive and rock n’ rolling! 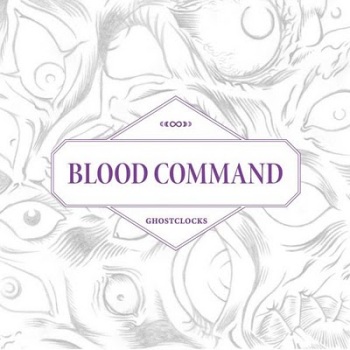 Scandinavia’s Blood Command are a breath of fresh air. Never did we realise that we needed a female fronted frenzied alt-metal behemoth with a slice of pop sweetness…but clearly on this form, we most definitely do. Taking a a lightly watered down Blood Brothers formula and adding immensely catchy melodies in amongst their rapid-fire spiky riffing, not forgetting a side order of Norwegian dance-pop Blood Command have melded a superb sound. Flailing from all out metal guitar assaults to mid-tempo riff rock Ghostclocks is never boring and totally essential for 2010!

Welcome return from the pick of the US Pop Punk bands who stand head and shoulders above their peers. My Dinosaur Life showcases once again great song writing, jubilant chorus’s and incessant melodies. This album harks back more closely to their guitar driven debut album which can only be a good thing, plus with plenty of corking singles lining the playlist, It strolled effortlessly into the end-of year list despite being released almost a year ago.

Stay tuned for the top 10 tomorrow!