I’ll be honest, a get together of the DoesItRock motley crew for ages took precedence this evening, resulting in a later than planned entry to the Electric Ballroom this eve. Forgetting about the ridiculously early kick out times of venues with Friday night club nights, we were instantly greeted to the swell of anticipation at the arrival of the Black Spiders. 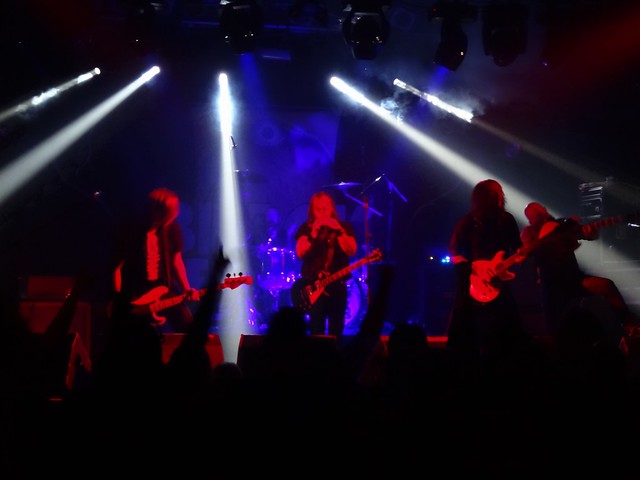 After being the only high ranking band in my top listen charts that I haven’t seen live, It’s fair to say I was excited. So they came, like hard rock behemoths they swooped and plundered riff after riff and terrorizing the audience with their macho Marshall/Gibson combo rock sound.

It was a shame then that after the release of a new album that they stuck to this material like glue, never venturing 2 or 3 song from its track list before coming running back again I guess after years of touring the same material they wanted to get their new stuff out there. 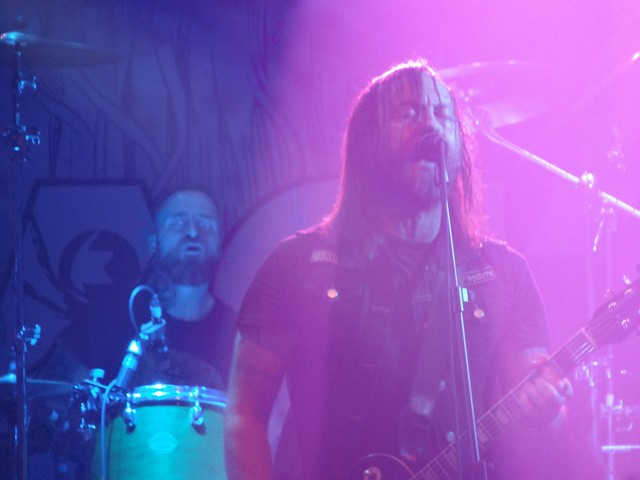 The new songs were flooded with guitars and quite often drowned out the vocals, whilst the chorus’s didn’t quite have the sing-a-long nature or immediacy of album one tunes. The highlights including the super heavy Motorhead style thrasher Teenage Knife Gang their ode to a late night stroll in Croydon Trouble and the power punching opener Knock You Out.

When the past beckoned it was clearly a cut above the rest on the sedate but infectious run through of “KISS Tried To Kill Me, the romper stomping mammoth sing-a-long of St. Peter and the carnage causing wind up and release of What Goods A Rock Without A Roll.

On the whole though it was the slower groovier sluggers which took most of the DiR praise, mostly because of the big chorus lines which gnawed into your head until you were singing like everybody else. I’m glad to have finally seen them, but given the pedestal I’d put them on before they struck a chord, it was going to be tough to match. 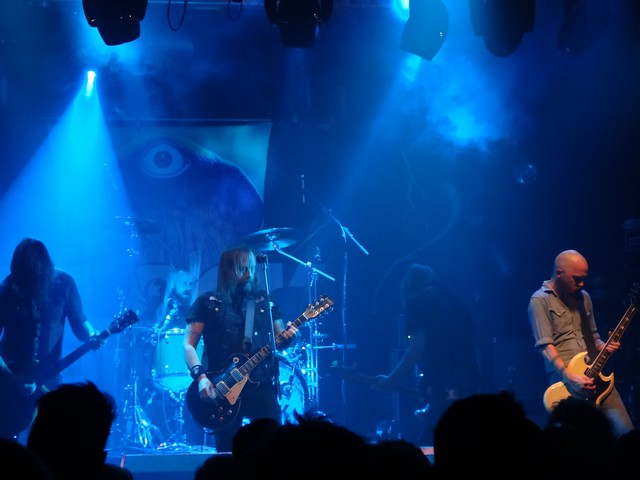