The final show of 2013 was a real riot, a line-up packed with stars future and present mixing up the sub-genre’s but providing their own slant on high octane rock. 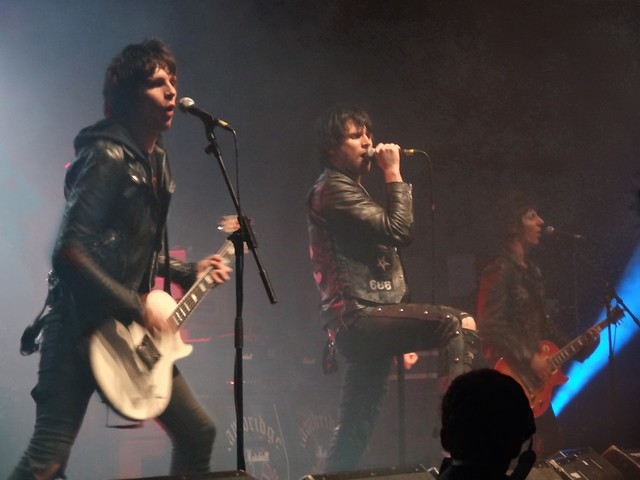 First to stake out their claim, was the brash and rising young hard rockers The Treatment. Their set was a blast of power, guitar licks and melody flashing nifty moments of soloing prowess in a mix of big chorus’, thumping rhythms and a driving tempo. Their new material was ok, I Bleed Rock & Roll being the pick of the bunch, while the rest was difficult to connect with seeing this was the first airing. Melodies seemed to be there but they lacked the familiarity of the older repertoire which brought many more fist pumps from the sizable early crowd. Their stage act is slick, enthused and engaging which cannot be faulted (except for the stature of their bassist which seemed to irrationally irk fellow DiR man The Docktor). I wait with baited breath to see what the album has in store. 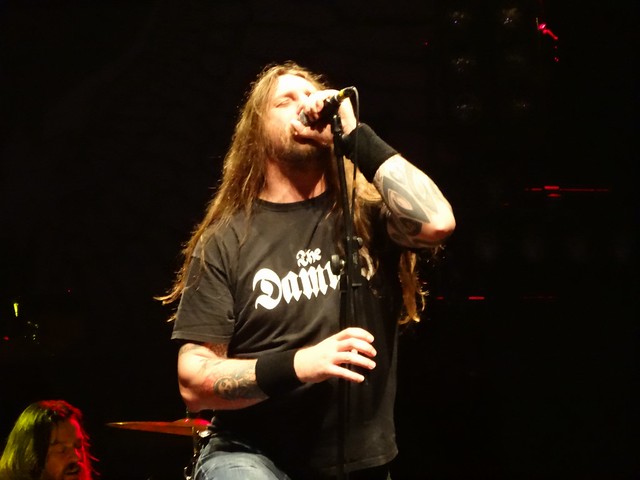 Orange Goblin were next out, they wasted absolutely no time is obliterating any chance of being able to hear anything the next day. Their muscular and lolloping Stoner Rock cut huge swathes of gigantic riffage out of the mire of fuzz and astounding aural plunder. With sweat, dropped tuned guitars and long hair as standard they came, they saw and the conquered with their mega-sound. Having been about for a long time, many tracks were unfamiliar, but their blues based guitar licks never failed to impress. Vocals however (as with many live rock leviathans), were drowned and pulled helplessly into the whirlpool of noise. Hypnotic repetition failed to interest The Docktor, who was still reeling from the strength of his opinion on the first act. A defiantly different approach, but no less entertaining. 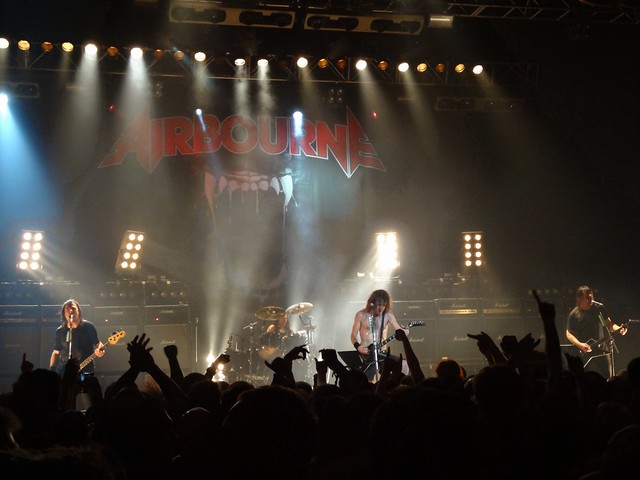 Finally we arrived at the headline act, Airbourne, who have climbed to the upper echelons of Rock Mountain with effortless ease. A task made much easier by their standing on the shoulders of Rock Giants Ac/Dc. Tight and powerful rhythm guitars with a packed arsenal of dangerous riffs fronted by an equally perilous leader who seriously put his body on the line each and every night, tonight was no exception. From cracking open beer cans on his head (both macho and stupid), riding around on shoulders in the crowd and climbing to the balcony (both while continuing to blast out captivating guitar solos) the Joel O’Keeffe circus has an abundance of tricks. 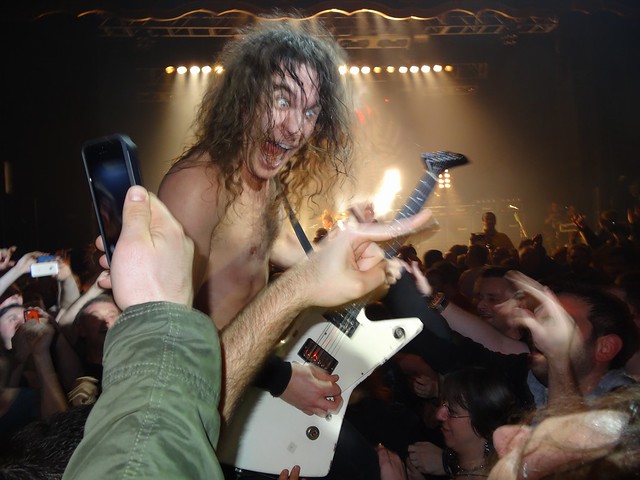 Showmanship of the highest order keeps the crowd fixated throughout despite when songs seem to start merging together with their similar melodies. No questions asked, Airbourne were born to rock, as they ride each huge track from their pulsating opening riffs through rollicking and romping tempo’s to their cataclysmic crescendo’s. Simple and loud, their beer swelling party ethos and daredevil antics are the kind of rallying cry for all men to join and party, beers and fists aloft. 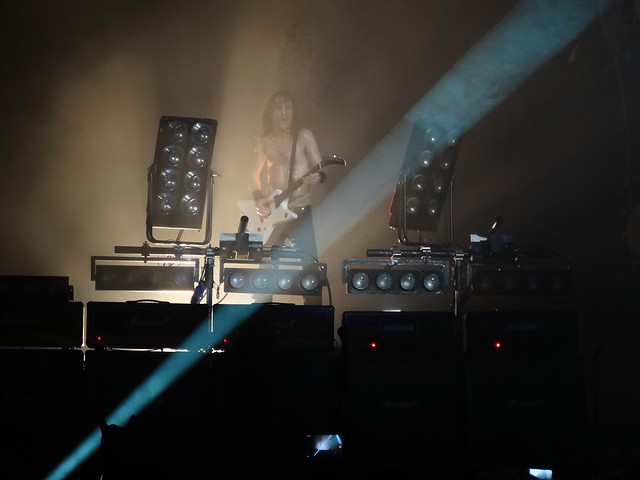 Standout tunes were mainly the slower grooves which sparked huge sing and bounce-a-longs (yes, the elder crowd were jumpin’ too) such as No Way But The Hard Way, Back In The Game and Too Much Too Young Too Fast fitting this particular billing. New album material went down well, mainly because it rather similar to all their previous records. While variety was in short supply, you cannot fault Airbourne for doing what they do best, putting on the best rock and roll show the world has ever seen! Tonight, they did just that! 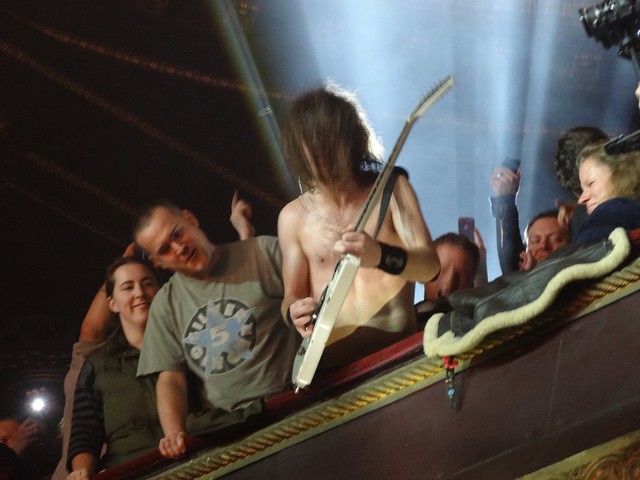