The countdown continues with the Top 10 Albums of 2014…

10)  Weezer  – Everything Will Be Alright In The End

After all this time Weezer are still a good as ever on their latest LP. Looking backwards to blue In a good way, focusing on those fabulous understated college pop melodies, cool for being uncool vibes and as ever their dash of special doo-waah hooks. Packed with witty and self mocking lyrics, it’s also quite a fun listen also. But with chorus’ like these, destined to be stuck in your head all day, It’s not surprise it’s been such a success!

Like a true abstract collage of pop, math, metal and punk all on a broad canvas of youthful energy and disregard for the rules….this is perfect modern rock! Erratic swerves from all out aural assaults to complex technical riffs, scything synths, pop punk gang harmonies and spiteful screeches. Also shows huge songwriting potential on some impressive piano rock balladry too. Exciting new talent which like to push the boundaries.

8) The Smith Street Band – Throw Me In The River

Akin with Frank Turner or Hold Steady verbosity, The Smith Street Band’s latest is steeped in poignant, poetic and passionate lyrics. Lines you sit learn and scream out at live shows like nothing else exists. A spectacle of raw honest, open hearted tales both world-weary and awestruck that captivates from the first line to the last chord. All the while the ever melodic alt rock back-flips from dour picked strings to all out thrash outs via exuberant melodies almost as impressive as the vocals. Truly Captivating! Triumph & Power is as collosal as rock gets. Evoking images of Vikings plundering the frozen wastelands of Scandinavia, knights riding to death or glory and scenes of epic battles past. Galloping riffs, giant melodies and a knack for catchy chorus’ only serve to elevate this above 2014’s kings of hard rock.

6) I Am The Avalanche – Wolverines

Wolverines is a rampaging pop-punk record with gnarling flashes of hardcore punk coursing through its veins. Encapsulating this vibe are the stand-out vocals which soar and snarl in equal measure, howled with real intensity and vigour throughout. Emphasis here is on all out punk attach with a clean polished punk rock sound with all the pop boxes ticked for good measure. Huge sing-a-long chorus’s, Check. Simple but effective power chords, Check. Enigmatic vocals, check. Gang Wow-ohhs, check. A packed LP of fist aloft anthems, waiting for widespread appeal!

Clocking in at a blistering 31 mins 24 secs the raggedly lo-fi garage punk of Cloud Nothings barely stops for breath. Exhausting energy bounds throughout charting the demise of a relationship is one of the most openly honest lyrical outings this year. Despite this, it has to go down as one of the most high octane breakup records ever penned. Lightning punk strikes, exhilarating drumming and machine gun lyrics fuel what’s a true out of control joyride of indie rock prowess. Uncontrollable but unstoppable!

4) Destrage – Are you Kidding Me 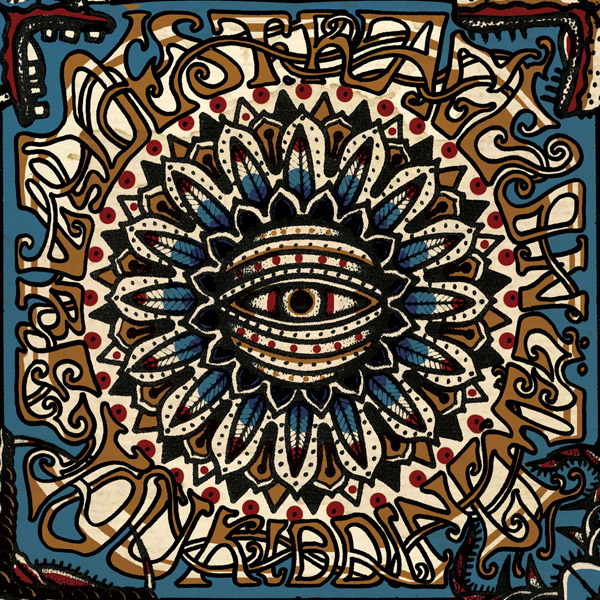 Destrage mix a unique concoction of Diamond tipped metalcore, off kilter math riffing, punkish tempo’s and accelerating and twisting melodic phrasing brings the most eclectic explosions of 2014 (occasionally all within the same song). Dance and dub heavy electronic surges and erratic tempo changes makes this album totally unpredictable, shifting from politically charged acid tongued vitriol to big chorus’d melodic chaos punk. Can be pretty heavy in places but the screams and the cleans are both do well balancing anger and enigmatic qualities. Whilst varied, the album is (somehow) cohesive and the fun/crazed lyrics (“We shoot zombie’s in the face” anyone?) match the unrestrained vibe of a band at a creative peak.

Two men, One Guitar, One Drum kit. the simplicity and effectiveness of execution which elevates this retro garage blues ablum above the pack this yeat. Doing Blues soaked rock better than anyone else like a former White Stripes or once a Black Keys these guys have enough vintage vibes crossed with an abundance of corking riff heavy tunes to make his a rip roaring bonafide modern blues classic.

Above all else Marvel’s latest has brought the most whimsy and fun to 2014’s rock roster, harking back to the glory days of the 70’s hard rock of Thin Lizzy and the garage rock revivalists of the early 00’s. A pure pop rock album infused with rock and roll blood pumped along at a fair gallop. Focused upon creating inventive but addictive riffs and a constant stream of singalong songs means Hadal Zone Express both excels in rocking hard and captivating the popular ear. Beware the Danish Rush as these (gimp-esque) masked Scandinavian retro rockers are coming for you too!

1) Johnny Foreigner – You Can Do Better

Whilst not breaking their scatterbrain indie rock mould, JF have produced their most consistent and enigmatic album of their career to date, Mixing the melodic musings of Wifi Beach with the ramshackle riff-meisters of Shipping, there is so much to fall head over heels for. Never a dull moment as each song ducks and dives in its unique JF way where noisy clattering guitars somehow combine to form addictive melodies. The JF boy/girl duelling vocals again are both sweet, smooth and edgy highlighting the irreverent but addictive lyrics. A heady and pulsating adventure in indie-rock which has climbed to the top of the 2014 DiR.net mountain.