Tonight marks the end of the line for one of the most universally loved DiR.net bands. We’ve been to see them 5 times before, from small gigs in underground venues, festival appearances, now defunct legendary theatres. The most memorable of which wherein they played their first 4 albums in 2 nights in a row in Shoreditch. Motion City Soundtrack on their “So Long, Farewell…” tour were about to strike their final chords, but before they did do they had a few support acts…

The Excerts kicked us off with a mixed bag of alt rock tunes which was largely uninspiring and totally unmemorable.

Dinosaur Pile-Up upped the ante somewhat as they played a riotus set full of rock anthems with a grungy slant and a pop heart. Tracks from latest album 11:11 were harder, heavier and packed full of effects to ramp up their muscle. Energetic riffing and singalong melodies are their strong point, both of which were all here in abundance. A set of high energy fist pumping pop rock that really got the crowd revved up. 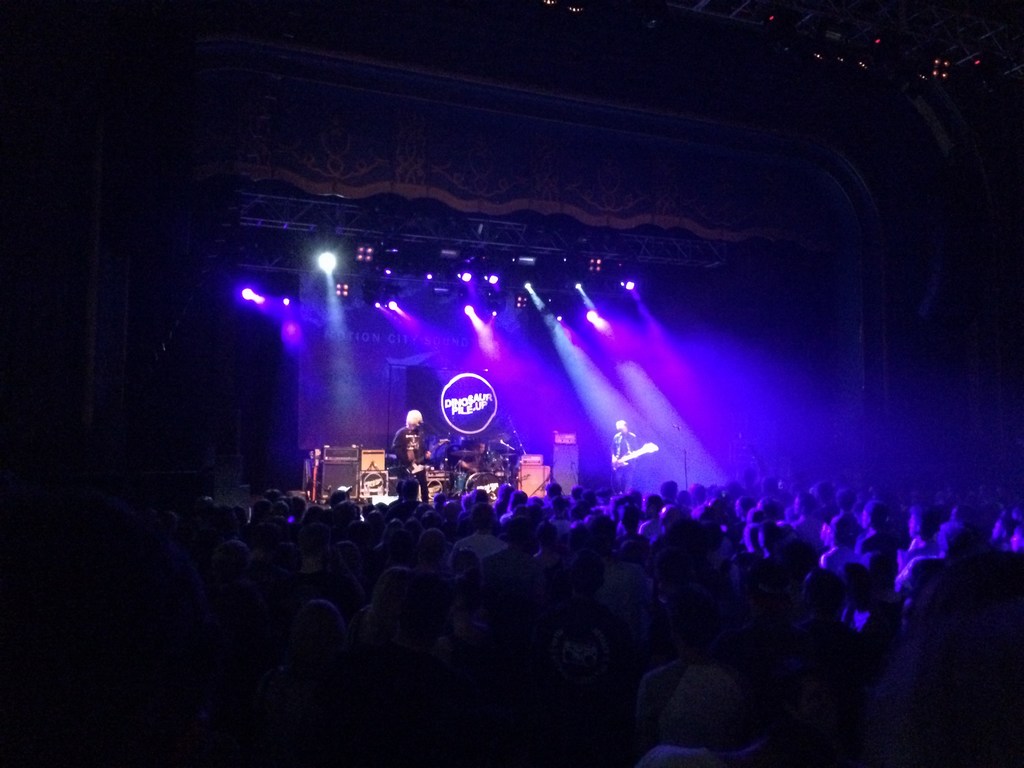 Motion City Soundtrack entered to mixed emotions from the crowd. Both equally glad to be here, but sad their leaving. Still none of that seemed to matter as MCS got straight down to business and ran us ragged through a huge all killer, no filler greatest hit set. They selected their best work showcasing their unrivaled craft for infectious pop-punk that’s as intelligent as it is infectious, energising as it is sobering. Their blend of poetic witticisms and tremendous songwriting was cranked up full volume and the partizan crowd truly gave it one last hurrah. Most of the sold out venue, young and old knew every word to every song, such is a tribute to their brilliance and longevity over nearly 20 years. 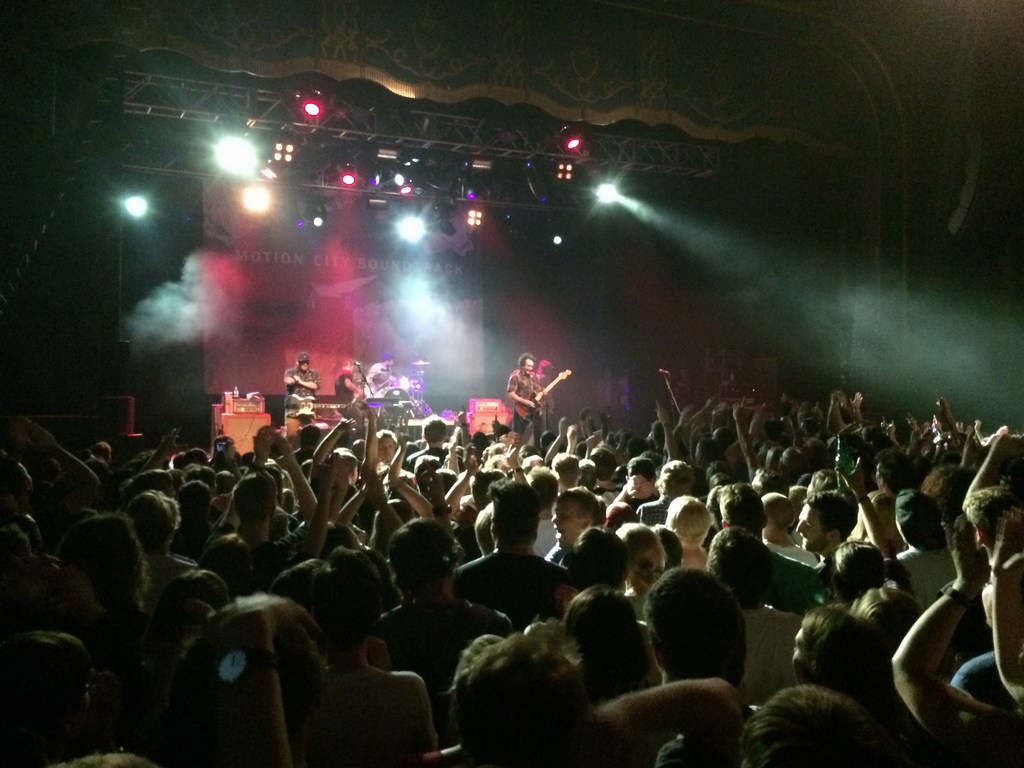 Motion City Soundtrack
It was clear this was a business night, not much in the way of band banter, MCS were here to play like it was their last night on stage. However as the set closer and pop anthem “The Future Freaks Me Out” rang to a close, the goodbyes from Pierre and the gang were full of heartfelt honesty and sadness that the time of MCS had run its course. Of course you never can rule out a re-union these days and you can rest assured that DiR.net will be there waiting for them when/if they do reignite the flame.

I’m not one for videoing, so enjoy someone else’s footage from the front…