It was a blazingly hot afternoon in the hallowed London 2012 Olympic stadium and home of West Ham Utd. The overall buzz levels surrounding this performance were about as high as I’ve known, as the kings of 80’s rock are back with the (almost) classic line-up including the two bitterly divided figures Axl Rose and Slash. This is a reunion (of sorts), the likes of which most people dare not dream would happen. The tour name “Not In This Lifetime” seems to back this up too. Sure, GN’R have been pulling in the Vegas punters for years with the one man Axl Rose parody show, but tonight was the real deal!

Proceedings started off however with the bluesy southern styled rockers Tyler Bryant & The Shakedown. As an unknown entity they showed absolutely no fear in front of this huge ensemble. Strutting about stage their front-man was Steven Tyler-esque (in more than just name) as his hit some fairly difficult high notes, but still soulfully delivered the swagger on slower bluesier numbers. Among the more restrained numbers there were a few arena sized anthems which got the crowd onside. Certainly ones to watch.

Conversely with hindsight I wish I didn’t have to watch the next set from indie rockers and purveyors of drum driven noise, The Kills. Now I’ve been known to enjoy this duo (No Wow was a particularly good album), but today with a quickly filling cauldron of sweaty hard rockers, they were out of kilter with the fans and thus it mostly fell on deaf ears. The fuzzy guitars just faded into obscurity, the drums mere pitter/patters and vocals yelpy. A most disappointing choice of supporting act.

Guns N’ Roses stepped out of their own fractured shadow as Slash, Axl and Duff all emerged onto the stage to a rapture of adoration.

Clearly sharpened from his stint fronting Ac/Dc, Axl seemed a true professional tonight and totally in control, considering even turning up on time was an issue a few years ago. His voice was as good as ever and switches effortlessly from his rambling rapid fire verses to high pitched yelps and wails. The highest notes are probably condemned to the archive, but he managed tonight’s bumper set with ease. Flipping from gallivanting around stage to introspective balladry on the grand piano, he was back to his enigmatic best.

The same can also be said of his partner in amplification, the iconic guitar hero, Slash flung his assortment of stunning Les Paul’s around without missing a note of the extended jams and solos which melded tracks together. A particularly standout moment was a stunning instrumental version of Wish You Were Here played between himself and his rhythm partner Richard Fortus. 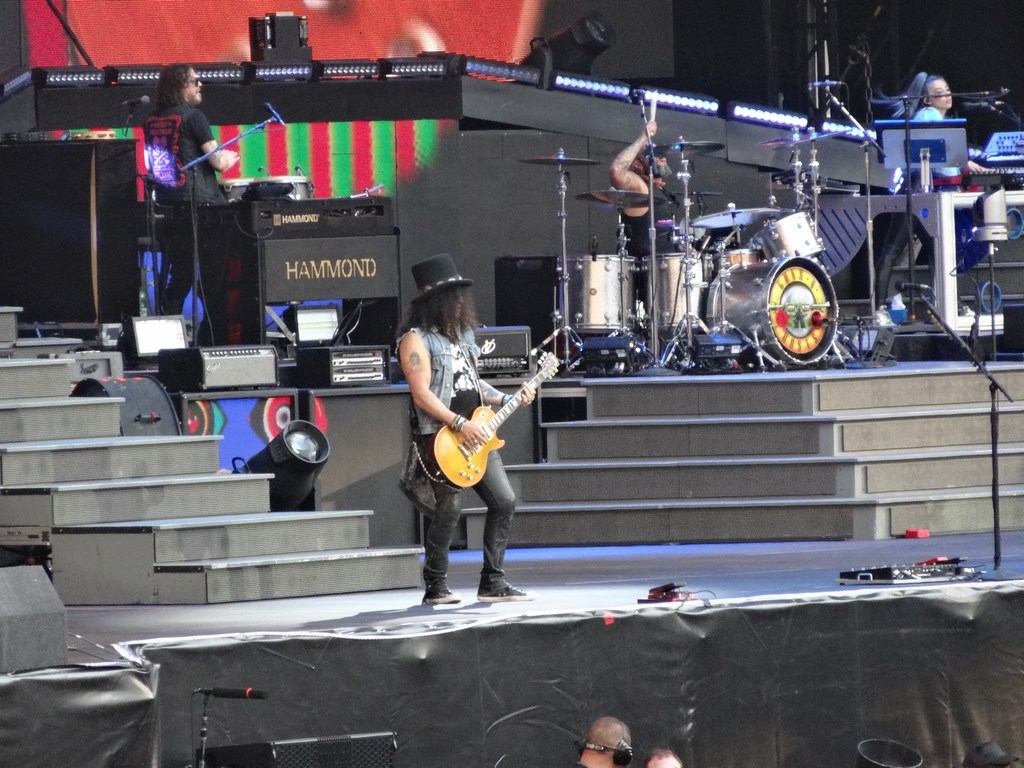 A fair few covers were thrown in for good measure, “Black Hole Sun” in honour of recently fallen grunge superstar Chris Cornell and a nod to last years appearance in this stadium “Whole Lotta Rosie“. These were alongside more expected output of “Knockin’ On Heaven’s Door” and orchestral swell of “Live & Let Die” 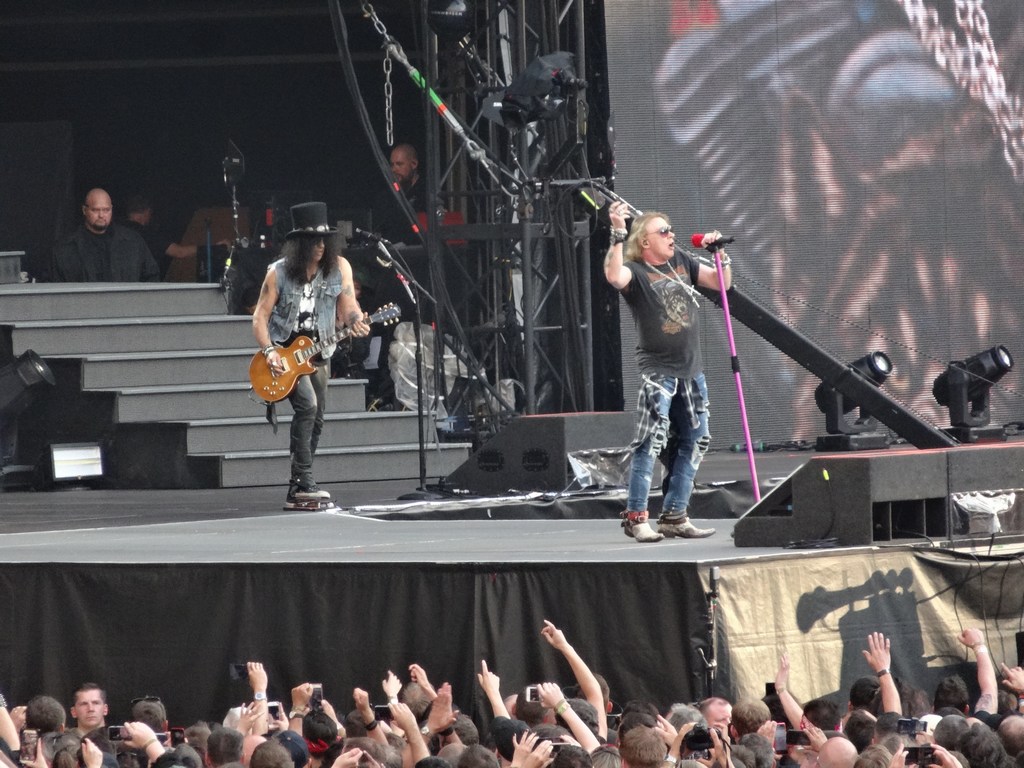 The flamboyance and style with which their played this truly epic set list was remarkable. Despite how OTT it got, the musicianship and rapport with the crowd were perfectly in tune. Yes, it was overblown at times, but this is 80’s hard rock of the highest excess, what else would you expect? A heavy slant was duly given to Appetite For Destruction, but the set picked and selected the best from across their output. The set highlights for me were the glorious solo to November Rain, roof raising Paradise City and weirdly the edgier (Buckethead influenced) riffing of Better.

After so many classic rock anthems, those here in London Stadium rested easy as we boarded the Nightrain back to normal life once more. Escapism at its most finest for 3 glorious hours of amped up euphoria. Even if this is the only time in this lifetime…it was worth it!