It has been a while since we were standing at The Worlds End. Whist the incredibly loud metal music streaming over the PA hasn’t changed, the decor certainly had. No longer a rustic old man boozer, it’s had somewhat of a hipster makeover which has given the main bar a lift. Similarly its subterranean darker sibling venue Underworld has also had a lick of paint. Premium beer added and years of accumulated sweat wiped clear away means its more welcoming for those without long hair and black jackets.

That aside, back to tonight’s lineup and having missed Hell’s Addiction, we rolled downstairs to catch Dead Man’s Whiskey. They kicked off our night of rock and roll rather brightly with a fairly good impersonation of a youthful Black Stone Cherry. Full of southern rock-isms despite their obvious britishness, they played their riffs hard and their melodies harder. Simple yet impactful song structures which showcases their knack for a catchy chorus. Their front-man with his low powerful boom was really impressive as he channeled his inner Chris Robertson (Black Stone Cherry). Promising set from a band on their way up.

It’s been a while coming. Almost 10 years of relative inactivity and at least one cancelled London show have passed since the punk inspired hard rockers Bullets & Octane toured in the UK.

This was not a fact overlooked by their wildly enigmatic frontman Gene Louis when he quipped, “You never know what your gonna get at a Bullets & Octane show. For starters you never know if we’re gonna turn up at all.” Many years of stagecraft were evident here as he continued in his intimate style, making jokes, drinking beer, taking/giving heckles and conversing one on one with the crowd all evening long.

Unbeknownst to us, they actually had new new material to promote as their first worldwide LP “Waking Up Dead” dropped later in May. These songs rang out with familiarity with more of a hard riff and big chorus combo focus, than pedal to the floor punk infused velocity. It bodes well for the release if on first listen, your already singing and hopping along.

B&O’s back catalogue is a rather shallow in quantity, despite their enduring longevity (enabled by rotating cast members). It did however mean that every one of their best songs got some airplay tonight. The La-De-Dah’ing pop rock crossover “Pirates”, thrash-tastic “I Ain’t Your Saviour”, beer-swilling party tune “Song For The Underdog” and their hard rock classic “My Disease”.

It was all over too soon, but certainly they showed why they are such good value to come and watch. 100% commitment, leaving everything out there on stage every night living and breathing rock and roll hopes, struggles and dreams. 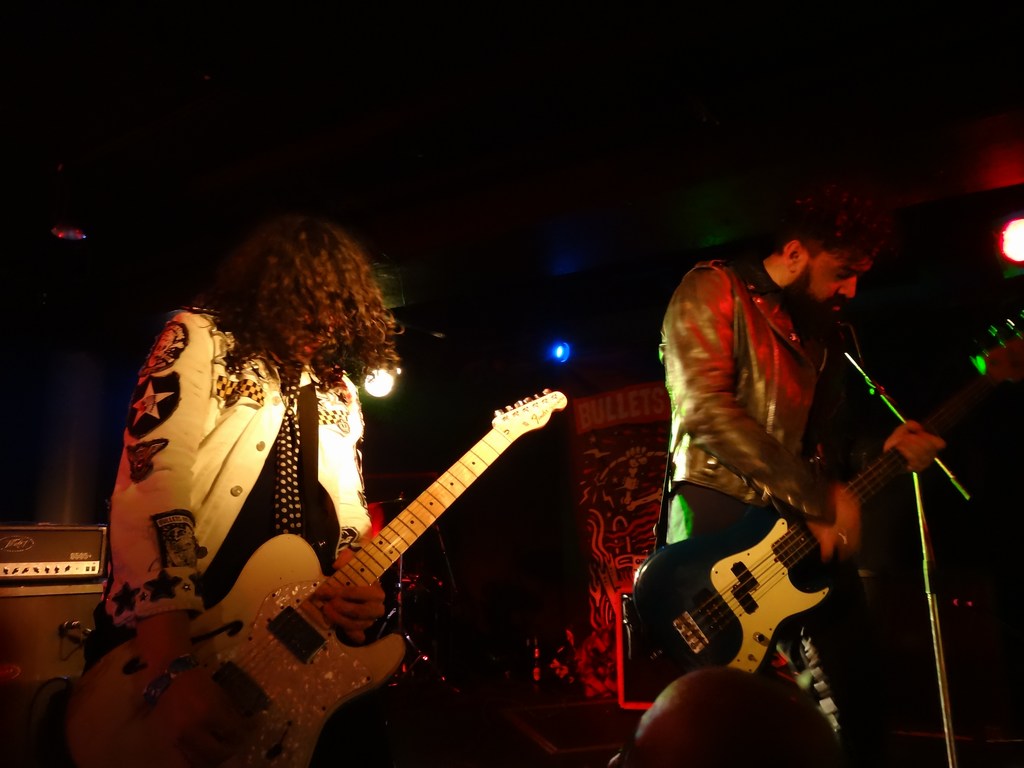