Before I dive in, a lesson from history…11 years ago a young southern rock band called Black Stone Cherry were furiously handing out flyers for their early afternoon set on a side stage at Hard Rock Calling 2007. It was packed, it was incredible and It was from that day that tonight’s headliners lodged themselves into my youthful rock heart…

Jumping back to the present tonight showcases a truly spectacular lineup of North American guitar talent. 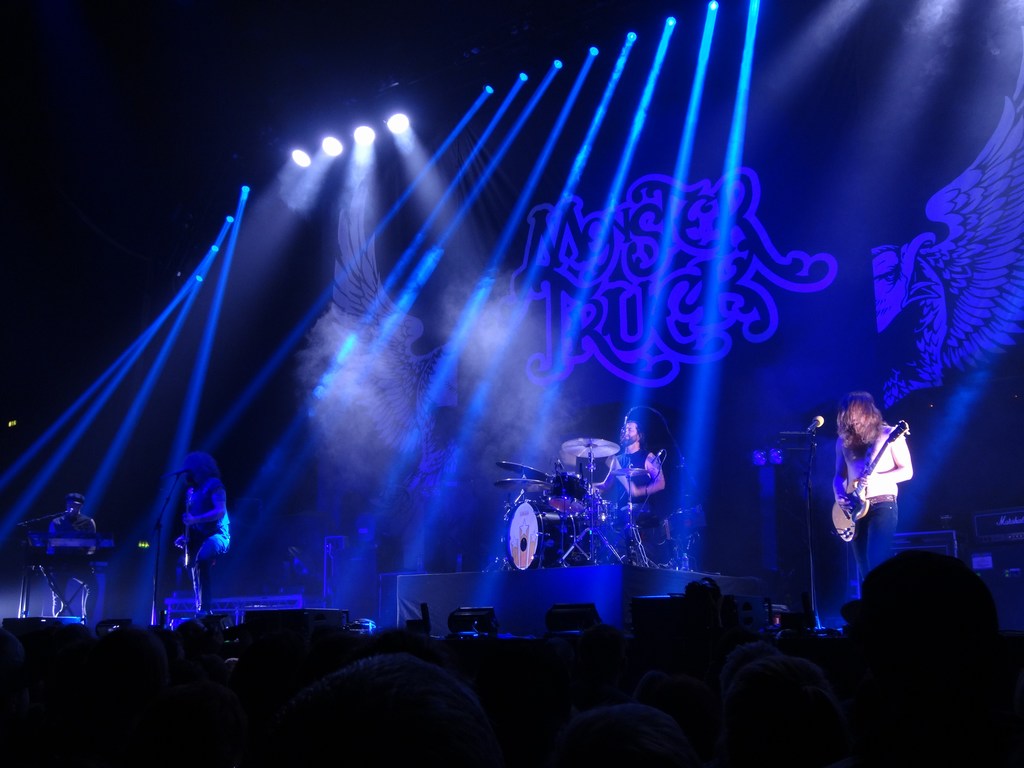 The Canadian’s were up first as Monster Truck rumbled straight down the throats of the early swelling crowd. They’re no nonsense, all man rock yeah. Playing loud, massive power chords, driving tempos, big choruses and thumping riffs. Their bluesy swagger emanated from lead vocalist/bassist Jon Harvey whose gravel paved howl was designed strike muscle bound notes. Playing a variety of tracks across their discog they cut out all the fat and went straight for their hits. A groove heavy Sweet Mountain River, Don’t Tell Me How To Live soared like an eagle and fresher True Rocker did exactly that. A cracking start and certainly won some new fans in the process.

Straight out of deepest Tennessee come out next act, the Nashville countrified rockers The Cadillac Three. This trio tick many of southern stereotypes, a slow caricature drawl, trucker hats, slide guitars and a gift for musicianship. No Bass and Two guitars, three if you count the double mounted slide fretboards. A unique approach and certainly front man Jaren Johnston did his bit to make up for any rhythm slack.

Coming with a formidable live reputation, I can verify they do indeed whoop ass. But not in the way I had expected. Rather than the big hoedown rock and spritely tempos it was captivating with its approach to slowing almost every song to accentuate the notes at a snails pace. Plus it was far more country than expected too. It showed craft and soul beyond their LP’s and ability to thrive on stage with little or no boundaries. The crowd pleasers we all here on the emotive White Lightning, the adept song craft of American Slang and their Night rounded off with launch pad party anthem The South.

The night was yet young as the stage unraveled to its full potential. No more pokey curtains and basic smoke & light combos. From here on in we had the best pyro and staging Wembley could throw at us, Smoke cannons and all.

In an instant the Kentucky kings of Hard Rock, Black Stone Cherry had the crowd in the palm of their hands. This being their first headline Arena tour they were enjoying the space and theatre of the evening. Rhythm guitarist Ben Wells especially, running round like an over enthusiastic man child. He barely stayed still all night, which for me set the tone. A exhilarating embrace of their current status and homage to their past. 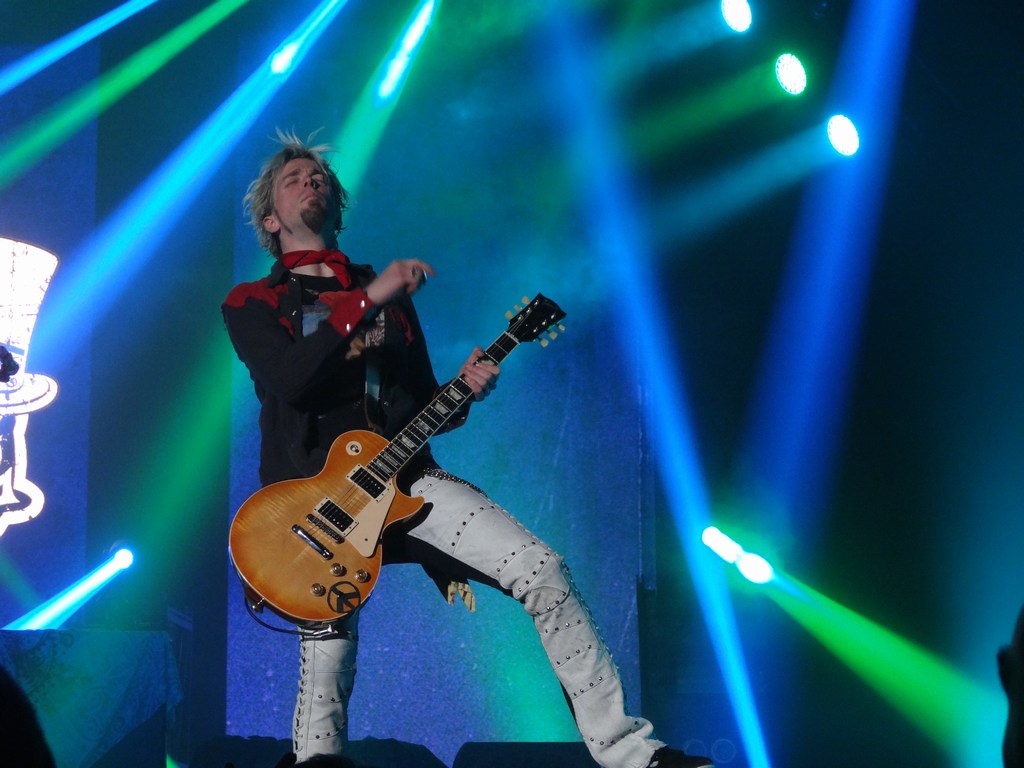 Their leader, the enigmatic southern man Chris Robertson, was far less athletic, more killer guitar slinger. Taking the leads he showed us his exemplary six string skills with blazing solos and the fattest riffs. It was however their ballads and mid tempo crooners which got the best reception tonight. Engaging in sing-a-long songs and good time crowd pleasers are all Arena staples, perfected on In My Blood and Like I Roll. Even their more touching emotive moments shined under the huge light rigs, Things My Father Said, Peace Is Free and new tune My Last Breath. 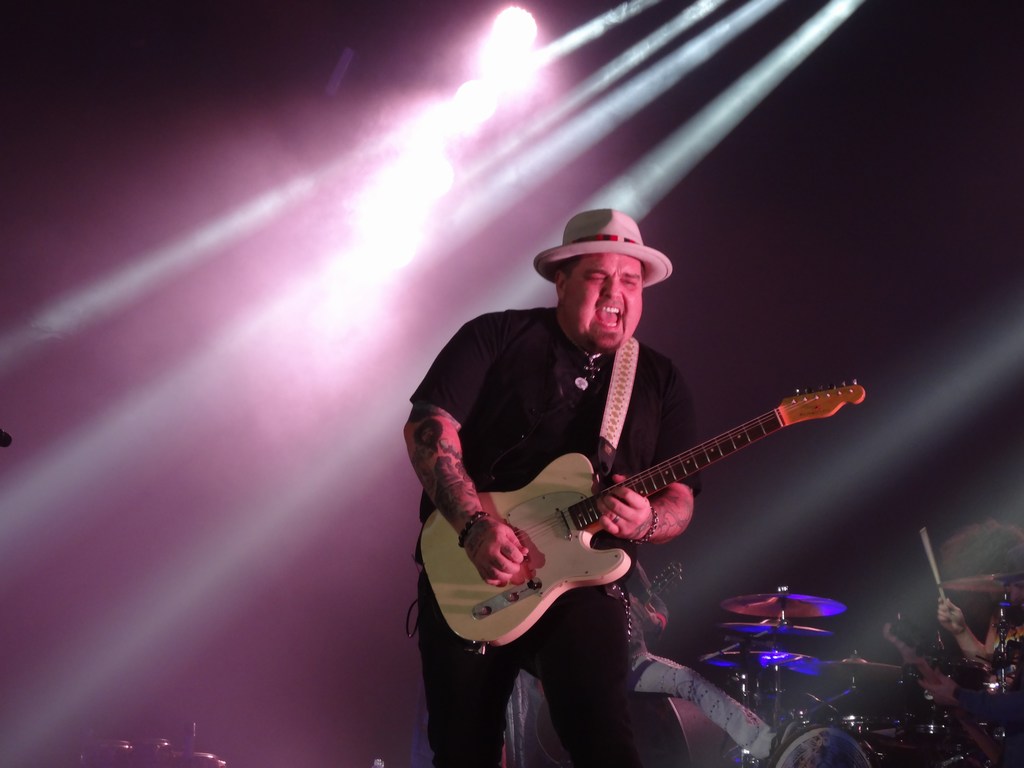 Their new material got a good airplay tonight, but with a 20 song set it had plenty of space. Despite this, they brought a groove not usually associated. Just Like James Brown and Ain’t Nobody brought the funk, even if Robertson overstepped slightly by opening up a dance floor in crowd central ‘for the ladies’. Despite this blip, it was a thoroughly enjoyable evening which played much more to bluesy roots, which the overstaying 12 min rendition of Hoochie Coochie Man will attest to. 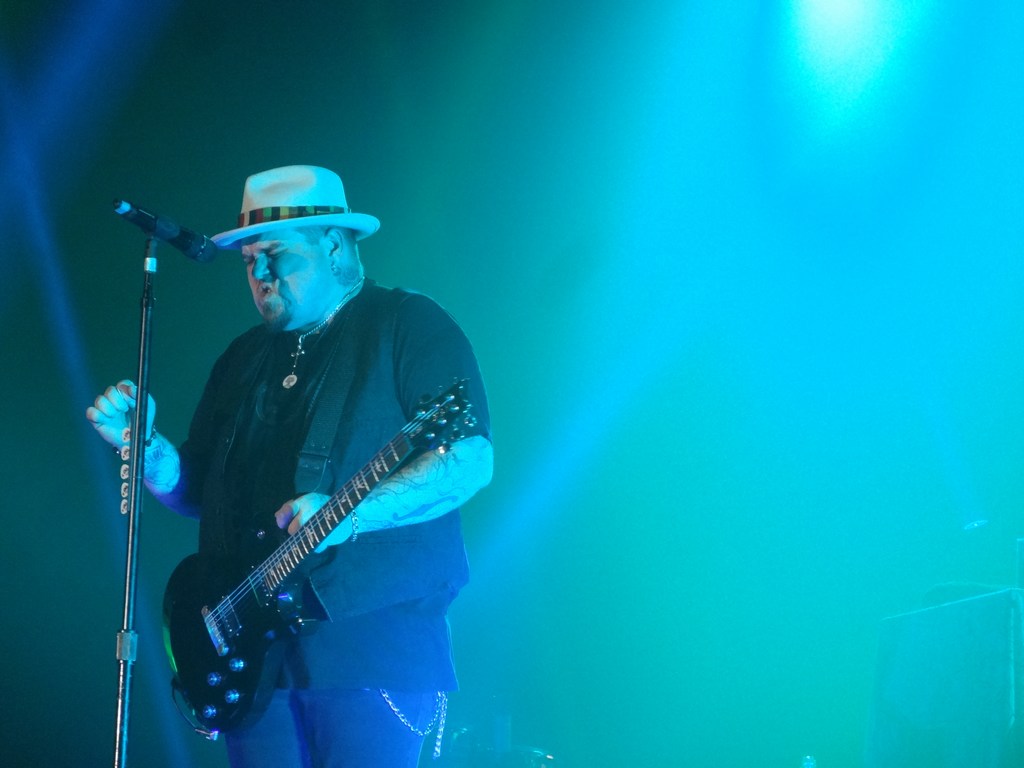 After 11 years they have hit new highs and as ever their open hearted honest thanks, gets kudos from the adoring masses who have been with them every step of the way. What’s next? Who knows. But it will be fun finding out!