A night of heavyweight Hard Rock was ahead as vast swathes of revellers swelled the Brixton Academy bars early this evening. Why? Because it was almost time for Danko Jones. 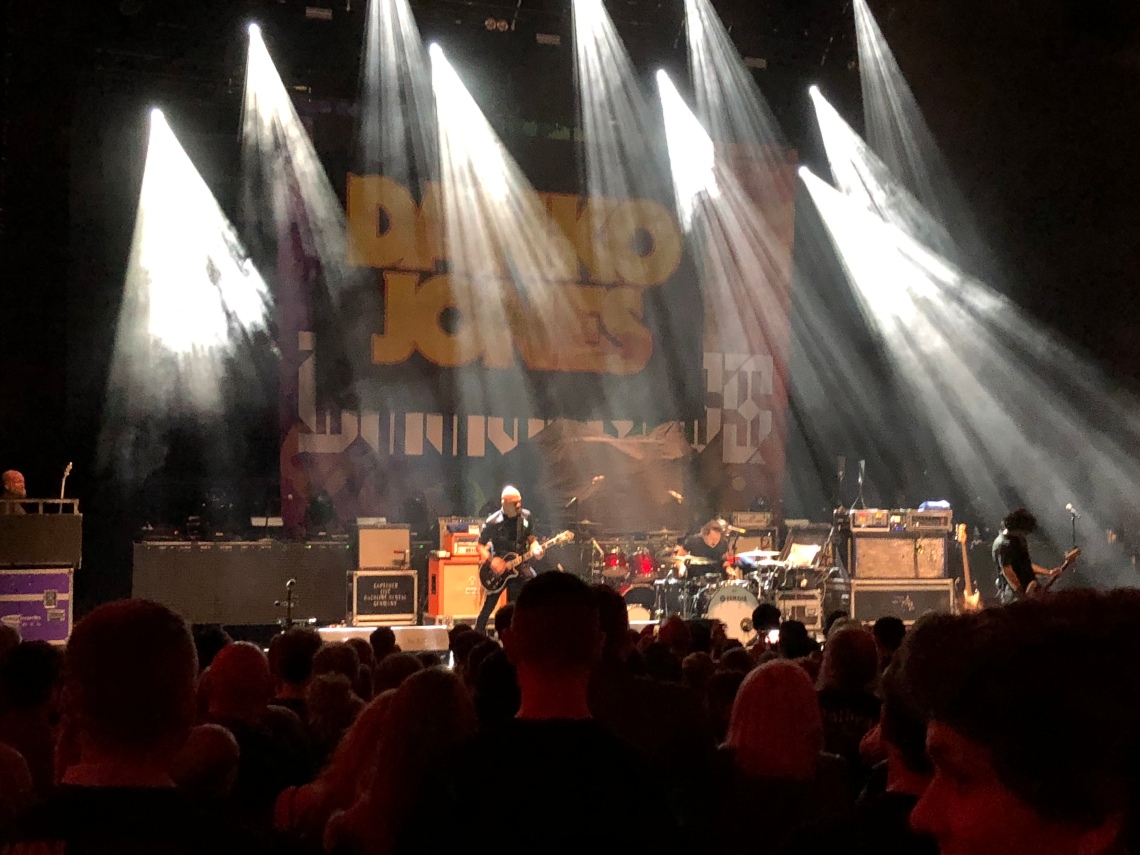 Being first up didn’t seem to matter to Danko Jones, who was his usual chatty self who lives, breathes and eats rock and roll. The size of the crowd wasn’t a surprise, as after 20+ years, the band have built a loyal (if still mainly underground) following. To their credit, dwarfed by the huge stage they attacked each riff, shot every rapid fire lyric and fired every solo like they were headliners. 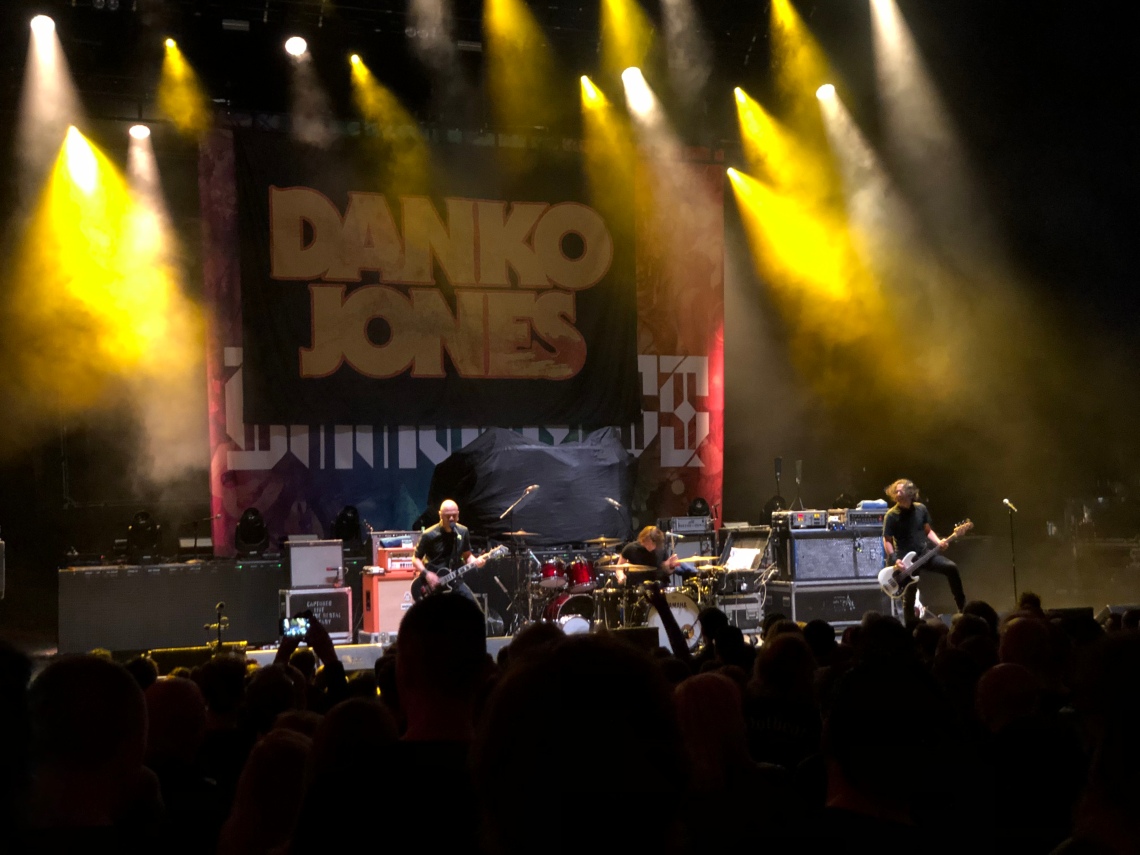 Showcasing classics from the back catalogue and newbies from ‘A Rock Supreme’, they mostly up to the big arena test. However you did fell their ambition and short punchy songs about rock, girls and partying somewhat restrictive. Soaring in the basement doesn’t always equal raising the roof. Despite this it was a very positive high energy from this amazing hard rock trio that set us off strong. 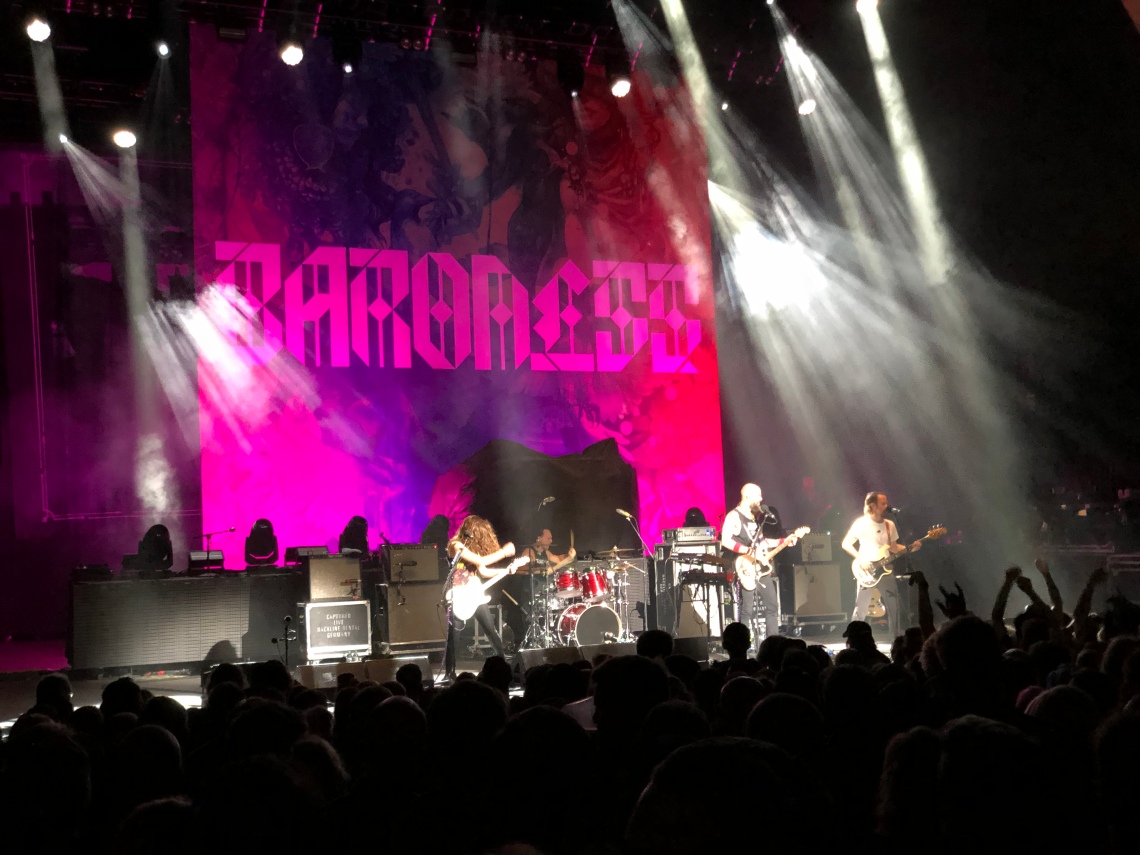 Lack of scale is not something you could attribute to the next band up. Baroness came storming out the blocks with their dreamy yet heavy, proggy offerings. What shone was their melodic phrasing which interlaced between their mammoth soundscapes. Never straying into pop but also unifying bind for their Stoner Metal keeping them on a common trajectory. 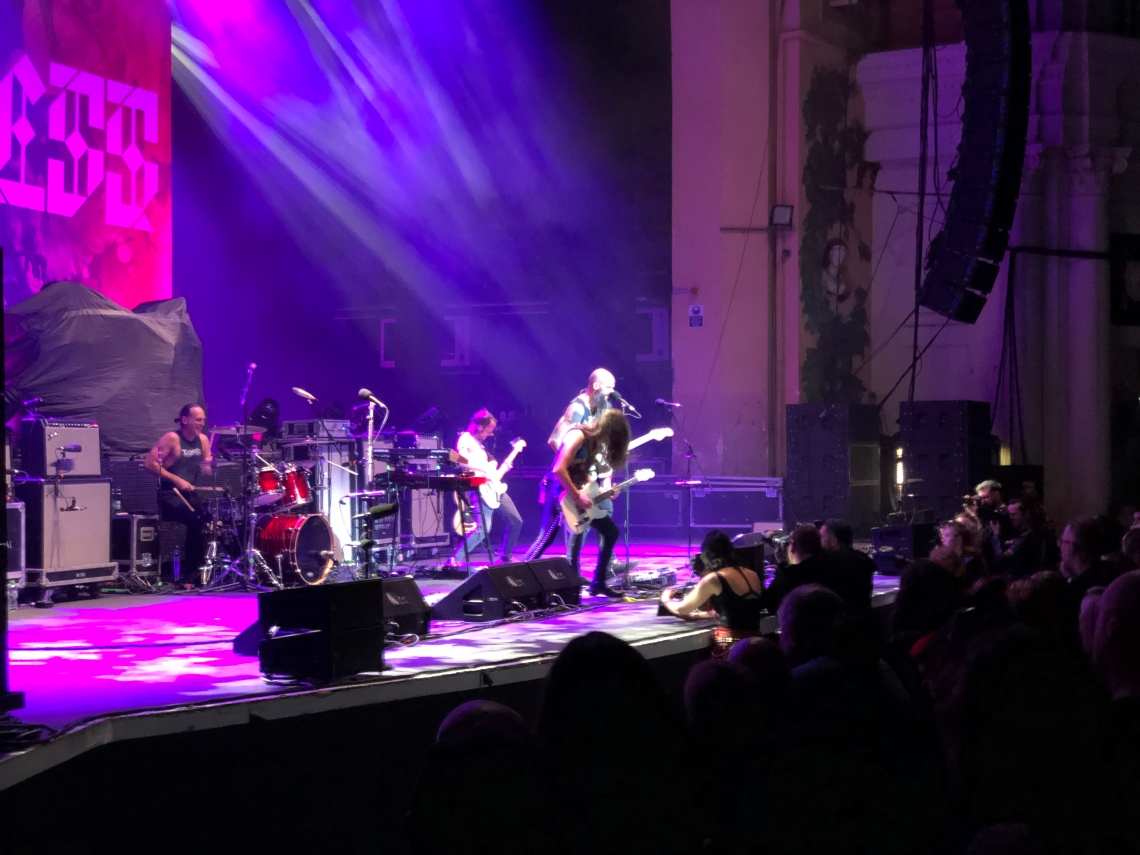 Yet despite the ambition and optimism the set largely fell flat as the crowd struggled to engage with these long epics with barely a recognisable vocal hook. Vocals overall were low and inaudible which put up barriers too high for the casual onlooker. Neither did their riffs shine, too often being expansive and arty as opposed to catchy and direct. Clearly dividing, but definitively different! 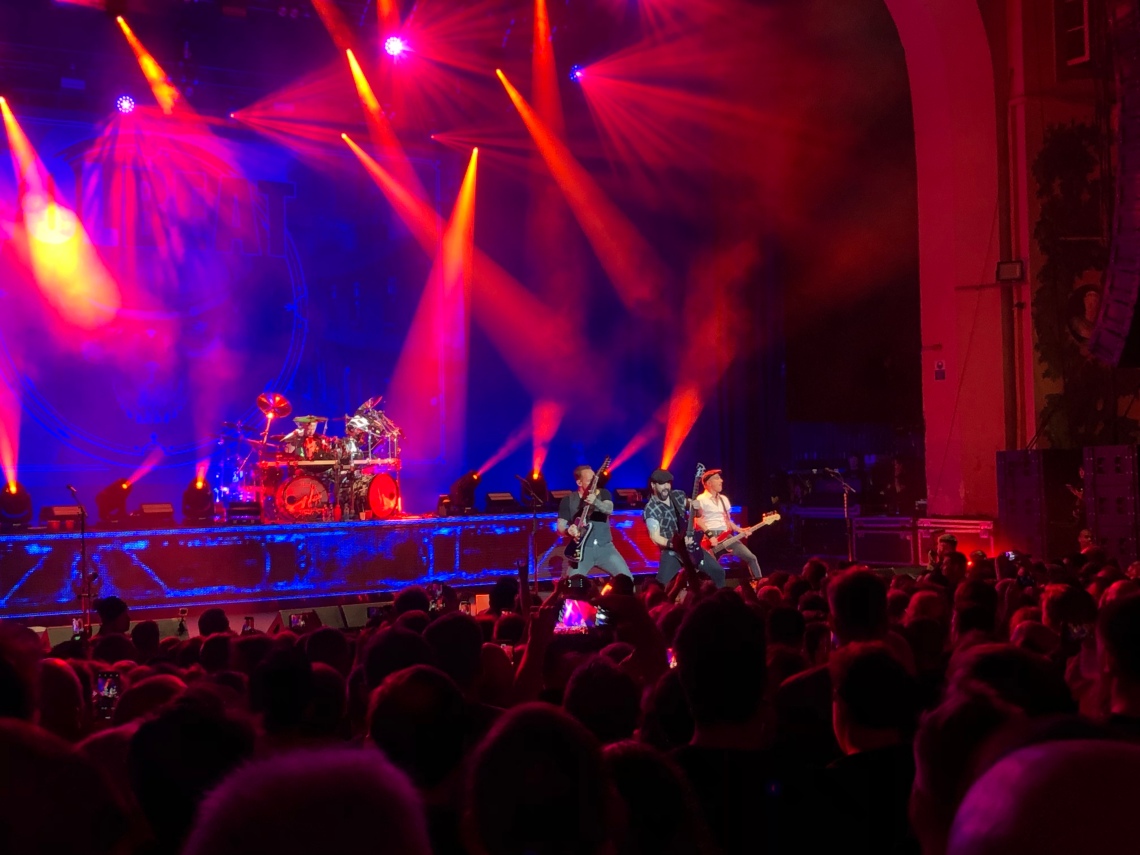 As the lights centred for the headline slot, Volbeat quickly and purposefully strutted into the spotlight. Opening with a new track from their latest album ‘Rewind, Replay, Rebound’ this clearly set the direction of their set. Tonight, a lot of the album got a spin and the hard and heavy pop first approach had plenty of voices raised and fists high. There was no doubting though this was a true rock show with endless thundering riffs, metallic shredding and head thumping melodies. 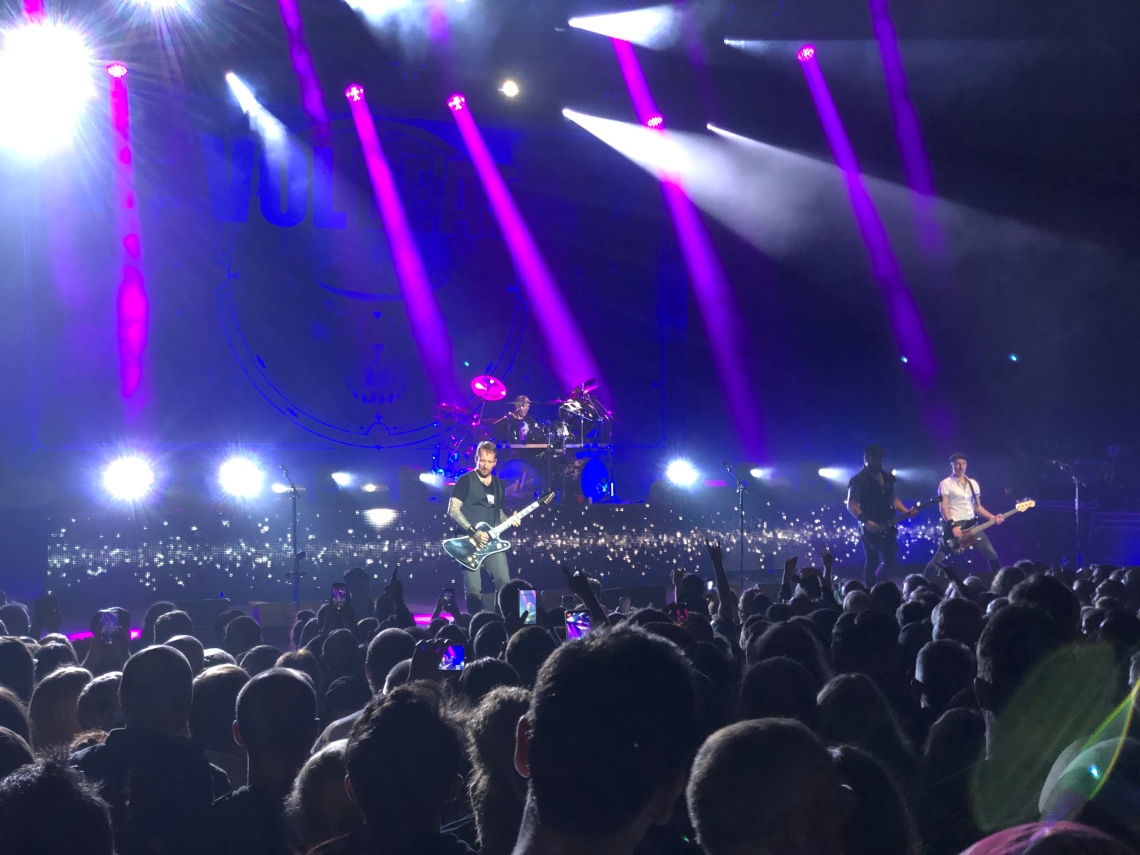 To their credit, there was a surprising amount of variety packed in. From the out and out old school thrash metal of ‘Slayton’, to the radio pop of ‘When We Were Kids’, through to rollicking boogie blues of ‘Let It Burn’, rockabilly metal “Sad Man’s Tongue ” and anthemic hard rocker ”Let It Burn”. 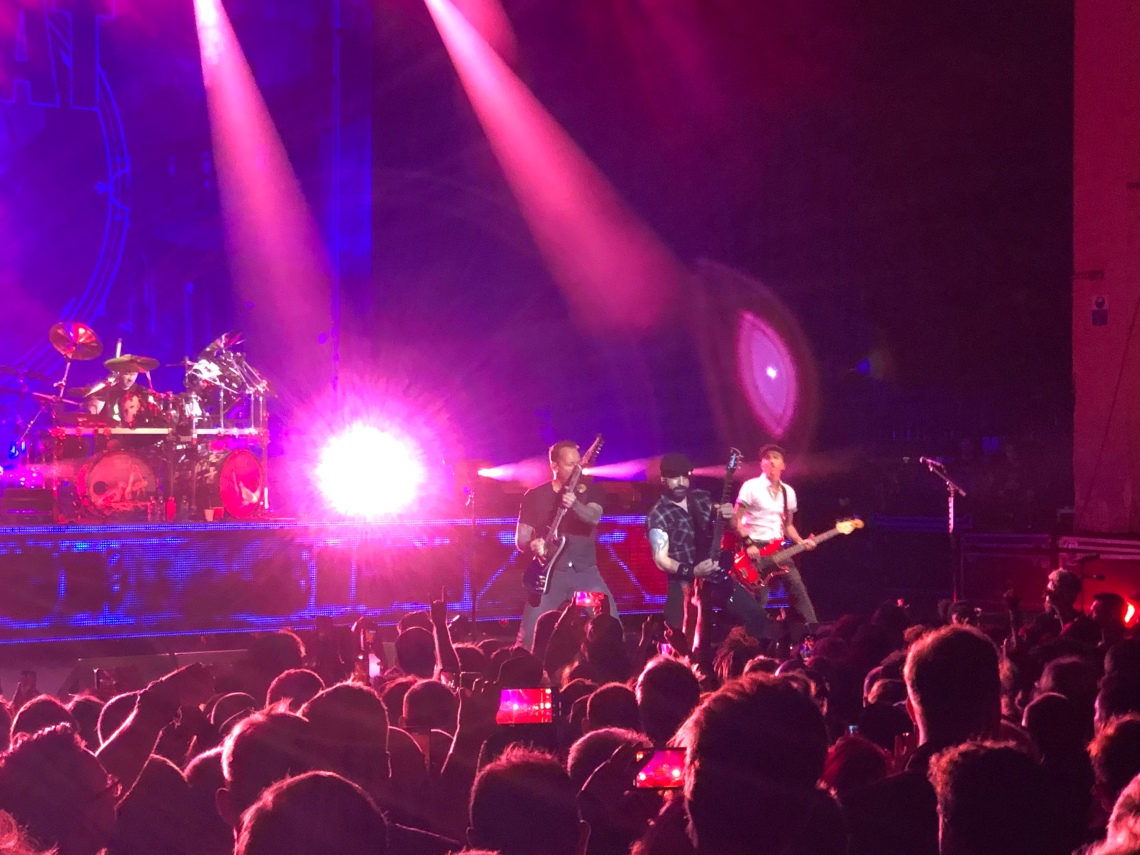 Band leader Michael Poulsen was as indecryptible as ever despite perfectly forming his words, all channeling through his smooth Elvis(y) vocals chords. None of this mattered though as whatever he was singing, it sounded great! 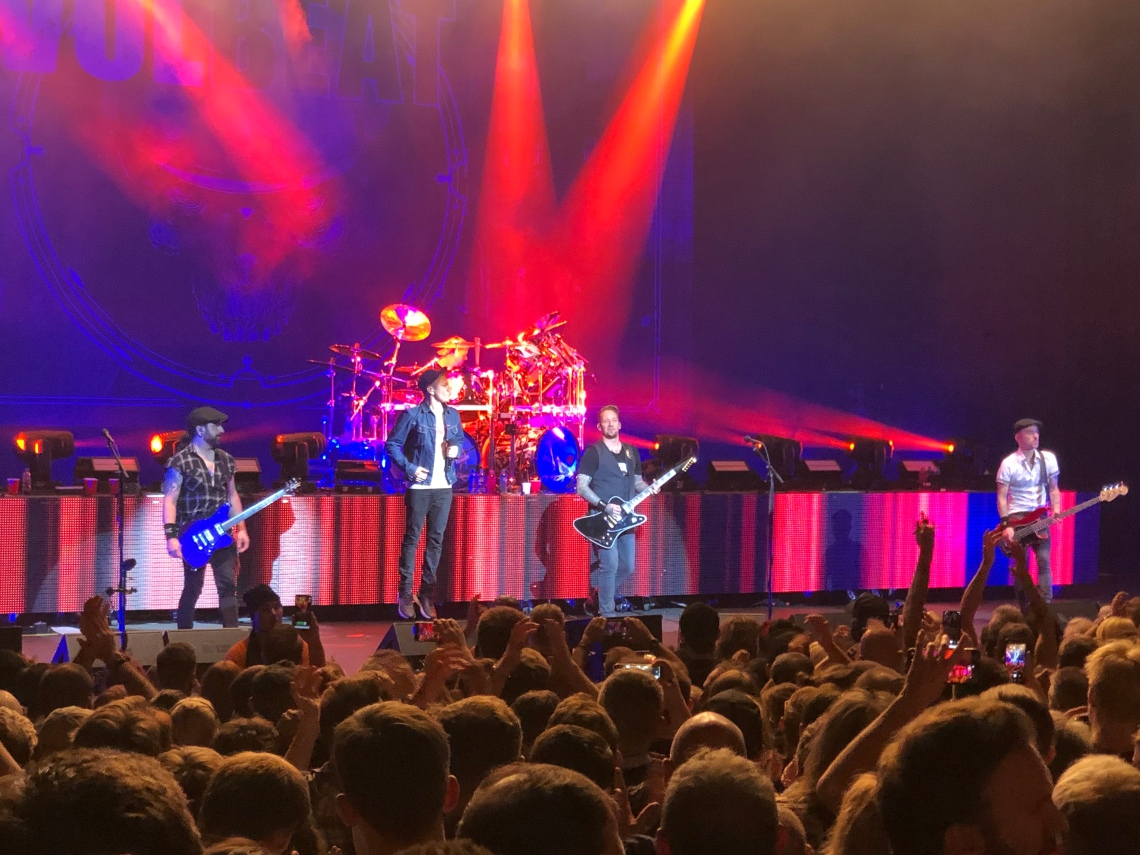 He was even joined by some special guests, Clutch’s Neil Fallon (via sample) and none other than Danko Jones himself to spit lyrics on Black Rose. It was a winning combination and one of the highlights of an evening full of top class hard rock class.